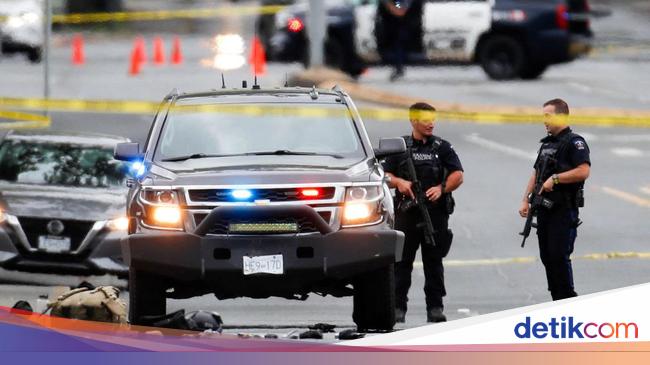 A shootout broke out between the perpetrators of a bank robbery in Canada west with a number of local police. Two actors flight killed and six police officers were injured in the shooting.

As reported AFPOn Wednesday (29/6/2022), local police said in a statement that two armed men entered a bank in Saanich, a town of 114,000 people outside the capital Victoria, British ColumbiaTuesday (6/28) afternoon around 11:00 a.m. local time.

“Several police officers responded to the scene and confronted the gunmen who opened fire on the police. Two suspects were shot dead by police and died instantly,” a statement from local police said.

He added that no bank workers or members of the public were injured in the incident.

“This remains an ongoing police incident with a significant police presence in the area,” Saanich Police Chief Dean Duthie said at a news conference.