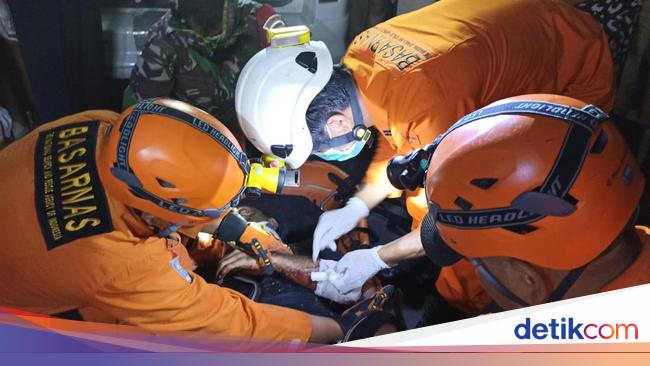 A foreign citizen (WNA) of Canadian nationality by the name of Sadri Alessasanro Haidar (34 years old) fell from the Mamo Suluban bridge.

“The victim who fell under the bridge is believed to have taken a selfie, as several guests were often found taking pictures at sunset,” the head of the criminal investigation unit said. from South Kuta Police, Iptu Anak Agung Made Suantara, Sunday 8/5/2022).

The incident of a Caucasian male falling from the bridge happened on Saturday (7/5/2022) around 7:00 PM WITA.

“Residents informed that there was a black PCX motorcycle parked on the west side of the bridge and left alive,” Suantara said.

On this information, Somer then went to the scene to verify. Arriving at the scene, Somer discovered that the vehicle had been left without its owner.

Somer then looked for the owner, but could not find him. Afterwards, the owner of the vehicle was deemed to have fallen under the bridge, so Somer took the initiative to contact the Search and Rescue (SAR) team to come to the scene.

At approximately 6:15 p.m. WITA, the Denpasar (Basarnas Bali) search and rescue office arrived at the scene. The Canadian Caucasian was then successfully lifted from below deck by the Bali Basarnas and the help of residents around 8:25 p.m. WITA.

According to Suantara, after being successfully abducted, the Caucasians were found to have suffered wounds and injuries to their necks.

Meanwhile, the black Honda PCX-branded motorcycle that was left was license plate number DK-3153-FCF. The owner of the vehicle on behalf of PT. Klapa And Real Estate, located at Jalan Raya Seminyak No. 49, Seminyak Village, Kuta District, Badung Regency.

In addition to the motorcycles, the police also found international driving license on behalf of Sadri Alessandro Haidar.