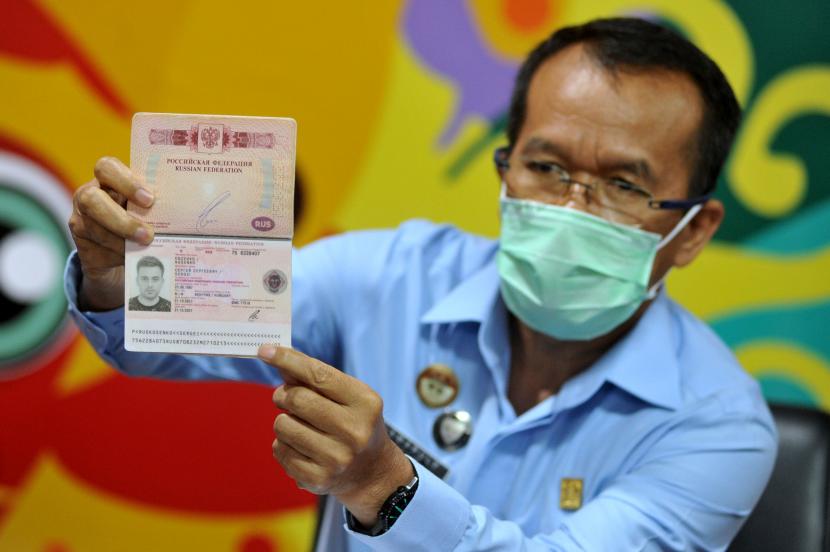 Jeffrey Douglas Craign made a disturbing video in mid-April 2022.

REPUBLIKA.CO.ID, DENPASAR – Immigration Class I TPI Denpasar pocketed reason for foreign citizen (WNA) of Canada named Jeffrey Douglas Craig who made immoral videos in Mount Batur area, Bangli Regency, Bali Province. “The motive until the video went viral on social media was just to express it by dancing the New Zealand HAKA dance,” said the head of the regional office of the Ministry of Law and Human Rights. man in bali. Jamaruli Manihuruk in his statement to Denpasar City, Tuesday (4/26/2022).

He said the Canadian stranger admitted the viral video was him which was recorded around mid-April 2022. When questioned by officers, Jeffrey did not know that Mount Batur is a sacred place in Bali. Jeffrey also admitted that he meant no disrespect to Balinese culture.

Based on the results of the examination, Jamaruli said, it was proven that he had committed a violation. Thus, the agent provides an administrative immigration action in the form of deportation and his name is placed on the list of prohibited persons referred to in section 75, paragraph (1) of the Immigration Act Number 6 of 2011 .

For this reason, the person concerned is currently placed in the detention room of Denpasar Kanim, pending the process of deportation to his country. Jeffrey entered Indonesia for the first time in 2018 and the second at the end of 2019. He came to Indonesia with the aim of several cities, such as Malang (East Java), Lombok (NTB) and Bali to surf, vacation and Enjoy the beauty of nature.

Additionally, Jeffrey is interested in finding alternative treatments related to osteoporosis. Jamaruli said the 34-year-old foreigner meets his daily needs by working in Canada as an actor on the Netflix channel, dubbing in animated films, acting in commercials and healing psychologically. on line.

Earlier on social media it was known to have gone viral regarding a foreign citizen who made a disturbing video which is believed to have been made in Mount Batur area, Kintamani, Bangli Regency. The video caught the public’s attention because it contradicts Indonesian culture, especially Balinese culture, which adheres to religious customs and norms.