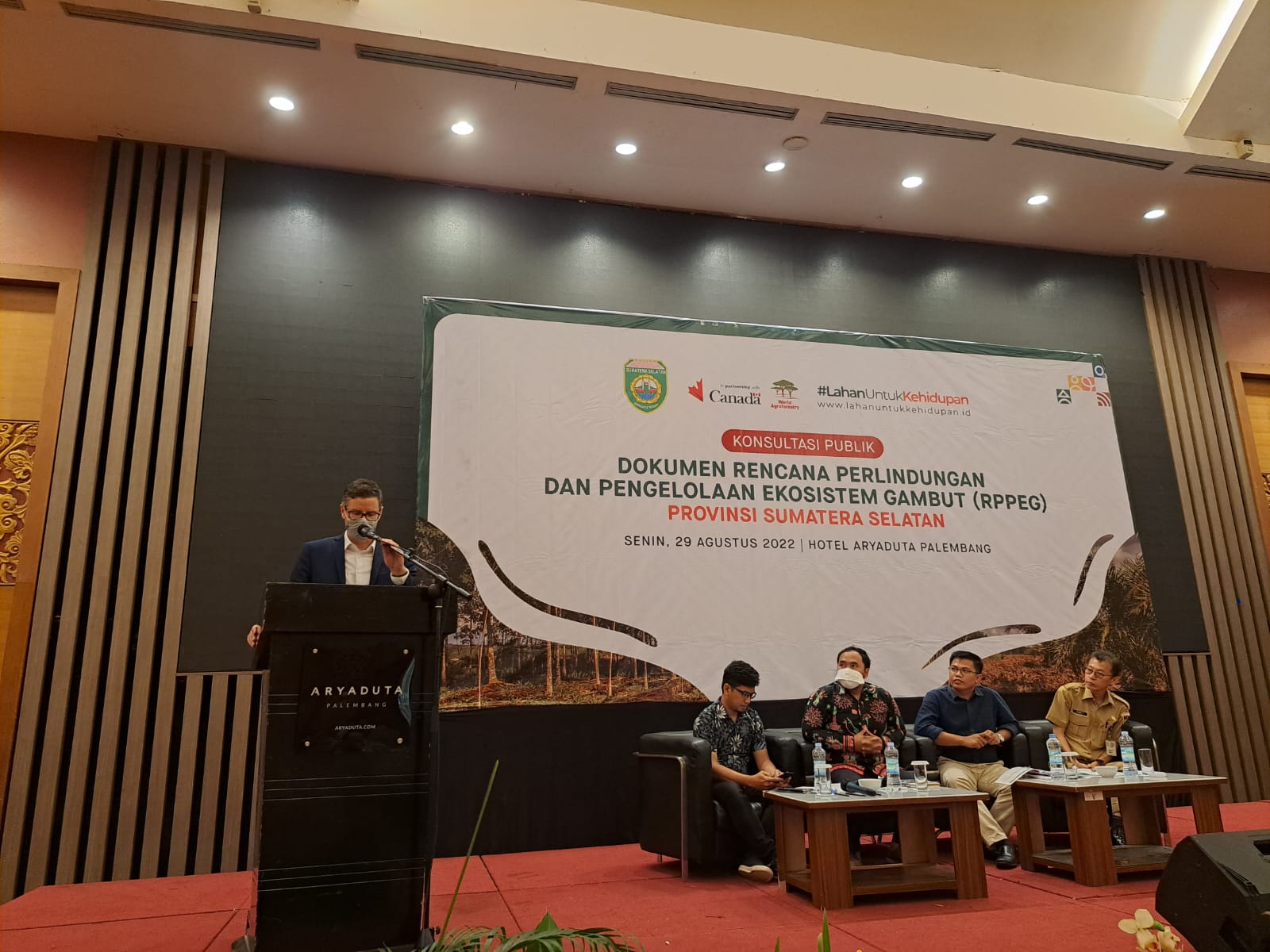 MATTANEWS.CO, PALEMBANG – Of the 1.2 million hectares of peatlands in South Sumatra, about 40% is degraded. South Sumatra (Sumsel) Peat Restoration Expert Team Syafrul Yunardi said that the South Sumatra peat bog is in the form of a peat swamp forest.

“Above there is forest, below there is peat, but in reality the forest is cut down and cleared for plantations and agricultural activities,” he said on Tuesday (29/8/ 2022).

The clearing of the peat forest, Syafrul said, is in line with high population growth which results in a limited area of ​​production land. “In the past, peat bogs were not examined, as they were marginal land, i.e. less fertile, but due to the high demand for land, plantations were seized”, a- he declared.

Production activities on peatlands also have the potential to cause forest and land fires (karhutla) due to the channeling carried out by concession companies. “The peat swamp forest should be flooded almost all year round, if the peat swamp forest is good, it will never burn. That’s why the channels should be blocked so that the peat does not dry out”, a- he declared.

Syafrul said various parties have made efforts to protect and manage the peat ecosystem. In fact, he said, South Sumatra has also received support from many countries to create sustainable peatlands. “One of them is Canada through the Land4Lives project, whose location is in districts with quite significant peatlands in South Sumatra,” he said.

The head of cooperation at the Canadian embassy in Indonesia, Kevin Tokar, said his party has pledged to spend 190 billion rupees for better land management in three provinces of the country, including South Sumatra. “South Sumatra is the second largest area of ​​peat ecosystems in Indonesia, so we consider it necessary to support better peat management,” he said.

In South Sumatra, the implementation of the Canadian program is in partnership with World Agroforestry (ICRAF) Indonesia. According to Kevin, Indonesia cannot meet its commitment to reduce the impact of climate change if it fails to manage peat sustainably. “However, our goal is not only to fight climate change, but also to help farmers implement better agricultural governance,” he said.

After this public consultation, the RPPEG document will be revised and forwarded to the Ministry of Environment and Forests for review. The results of the South Sumatra RPPEG should subsequently be able to synergize with other peatland management programs that have been carried out by government and development partners at the provincial, district and provincial program levels. various national programs, and are incorporated into the policy directions of the South Sumatra RPJMD Change (2019-2023). ).