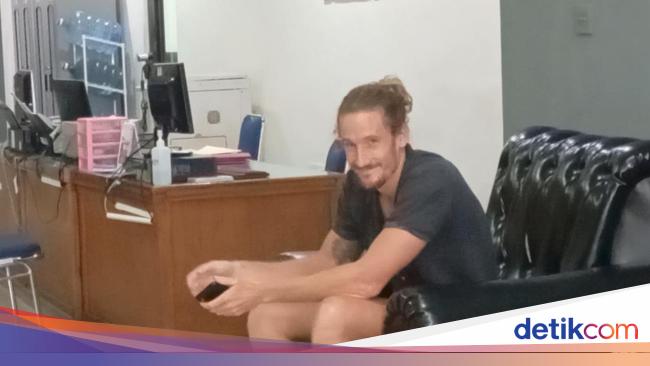 A Canadian citizen by the name of Jeffrey Douglas Craigen admits that he dances naked or naked on Mount Batur, Kintamani District, Bangli Regency. This admission was conveyed by the foreigner when questioned by the immigration officer.

Jeffrey was interrogated in the Immigration Intelligence and Enforcement Section (Inteldakim) of the Class I Special Immigration Office at TPI Denpasar.

“Yes, until today, until this moment the person concerned or the foreigner admits, (he) regrets his actions”, said the head of the special office of class I immigration for TPI Denpasar Tedy Riyandi after examining the foreigner at his desk, as quoted from detik Bali, Monday (4/25/2022).

Tedy said the foreigner reported to the Special Class I Immigration Office at CFI Denpasar around 9am after being called by officers.

Upon arrival, the officer immediately examined the person concerned.

In addition, the Canadian foreigner was taken to safety immediately after the inspection.

“This morning around 9:00 a.m. WITA, a Canadian citizen by the name of Jeffrey, we did an inspection and it is also completed, it was (completed) today. So, at the moment, we are securing it in the (Inteldakim) bedroom,” Tedy explained.