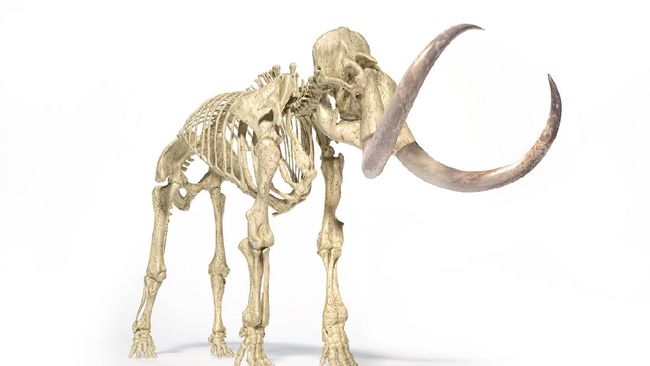 Miners at the Klondike Gold Mine in the North Region Canada succeeded in finding a rare pearl. Their excavations unearthed the mummy of a baby Mammoths almost intact.

“(This baby) is stunningly beautiful and one of the most extraordinary Ice Age animal mummies ever found anywhere in the world,” he said in a statement, quoted AFP.

The body of a baby mammoth was found during excavations in the permafrost area south of Dawson City in Canada’s Yukon Territory. This region is bordered by the state of Alaska, United States.

This large animal is believed to be female and died during the Ice Age over 30,000 years ago. At that time, woolly mammoths are known to roam the area along with wild horses, cave lions and giant steppe bison.

The discovery of this ancient animal marks the first nearly complete and well-preserved woolly mammoth mummy found in North America.

Previously, a small mammoth named Effie was found in 1948 in a gold mine inside Alaska.

Next, a 42,000-year-old baby mammoth mummy known as Lyuba was also found in Siberia in 2007. According to Yukon regional authorities, Lyuba and Nun cho ga are about the same size.

The Yukon region itself is said to have an array of world famous Ice Age animal fossils, but mummified remains with skin and hair are rare in the region.