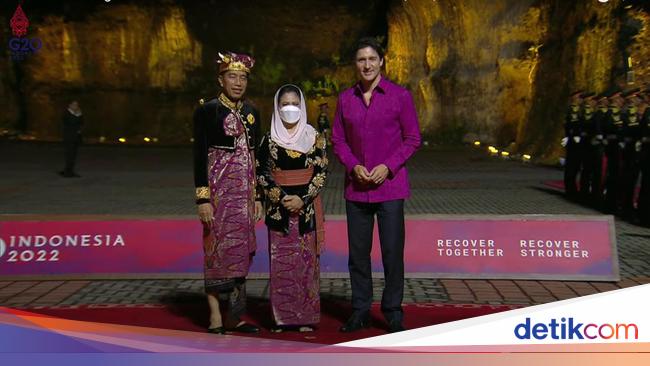 President Joko Widodo (Jokowi) hosted a number of G20 Heads of State or delegates for a dinner at the Garuda Wisnu Kencana Cultural Park on Tuesday (11/15/2022). All delegates wore batik clothes for dinner.

Additionally, the delegation that carried the batik was the President of the International Olympic Committee, Thomas Bach. The batik used is brown in color with black pants.

Director of the World Health Organization or WHO, Tedros Adhanom Ghebreyesus also wore purple batik. Some of the delegates present also appeared to be wearing the Indonesian national batik in unison.

On the occasion of the dinner, there was also former President Susilo Bambang Yudhoyono (SBY). Puan Maharani and Jusuf Kalla were also present at the dinner.