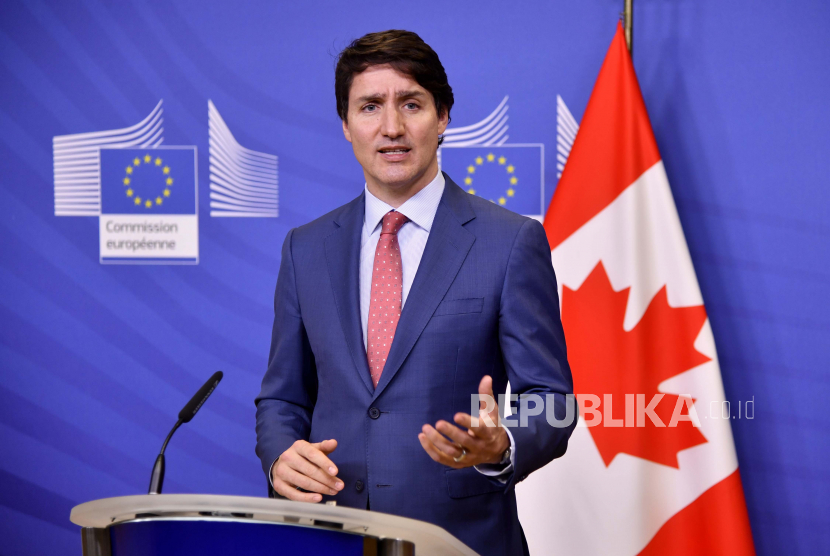 The time of Eid al-Fitr is an opportunity to get together with family.

REPUBLIKA.CO.ID, OTTAWA — Prime Minister of Canada Justin Trudeau deliver a message to all Muslims on the occasion of Eid Al-Fitr. In a statement, Trudeau said Eid Al-Fitr is an important time for community and celebration.


He highlighted the importance of the timing of Eid al-Fitr in Islamic teachings. “The time of Eid al-Fitr is a time to gather with family and friends and spend time together,” Trudeau said, as quoted Tuesday (3/5/2022).


He also mentioned the contribution of Canadian Muslims to the development of the country in various sectors. “Eid is an opportunity to recognize their efforts. Across Canada, Muslims are showing service and kindness by donating to charity and supporting important causes,” he said.


Apart from that, he also highlighted the problem of Islamophobia, which still occurs today. He promised that Canada would continue to fight various forms of hate, including appointing a special representative to combat hate speech and hate crimes.


“Together we will continue to build a better, fairer and more inclusive world for all,” he said.


Reported Morocco World NewsOn Tuesday, Trudeau ended his message by expressing his wishes on behalf of his family and his country to Muslims in Canada and around the world. “I wish a happy Eid Al-Fitr to all who are celebrating here, at home and around the world,” he added.


Congratulatory messages from Trudeau have become customary at religious events. In most of his Eid messages, he often vows to fight against Islamophobia and xenophobia.


Besides Muslims in Canada, many other countries celebrate Eid al-Fitr on Monday, including Morocco, Saudi Arabia, the United Arab Emirates (UAE) and Oman. Muslims begin their Eid celebrations with Eid prayers. After prayers, they reunite with family and friends.