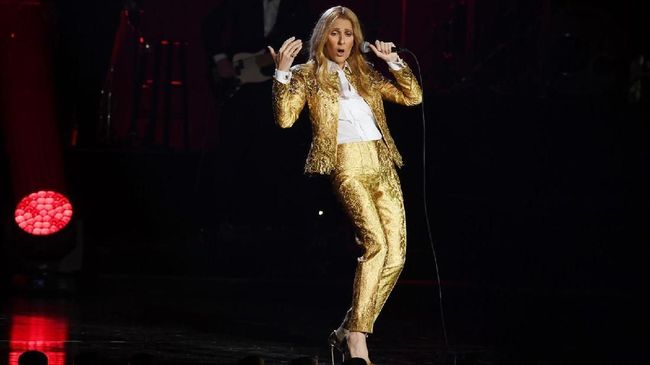 Celine Dion suffered severe and repeated muscle spasms which led to him canceling a number of performances, one of which was the Courage World Tour concerts in North America and Canada.

This was announced by Celine Dion via an upload on her social media some time ago. Visits originally scheduled for March 9 to April 22 have all been cancelled.

This situation made the singer of the song My Heart Will Go On sad because he could not greet the fans. He said he was still under the supervision of the medical team.

“There are many things that have been planned for this tour, but today we have to make a decision that will affect our plans for the next two months.“, wrote Celine Dion.

“I hope to regain my health, as we are all going through this pandemic, and I can’t wait to get back on stage,” He continued.

On this occasion, Celine Dion felt very touched by the support sent by fans via social networks.

“I feel your love and support and it means a lot to me,” he wrote.

This isn’t the first time the event has been postponed until canceled due to Celine Dion’s muscle spasms. Previously opening a new event at the Resorts World Theater in Las Vegas.

“I am heartbroken by this incident,” Dion said in a statement via the promoter. AEG presents in October 2021.

“My team and I have been working on our new show for eight months, and it couldn’t happen in November, it leaves me speechless,” he continued.

Additionally, organizers said tickets purchased with a credit card will be automatically returned. Ticket holders will also receive an email notification with further information regarding this cancellation.

Meanwhile, the Courage World Tour in Europe is still planned and will start on May 25, 2022.