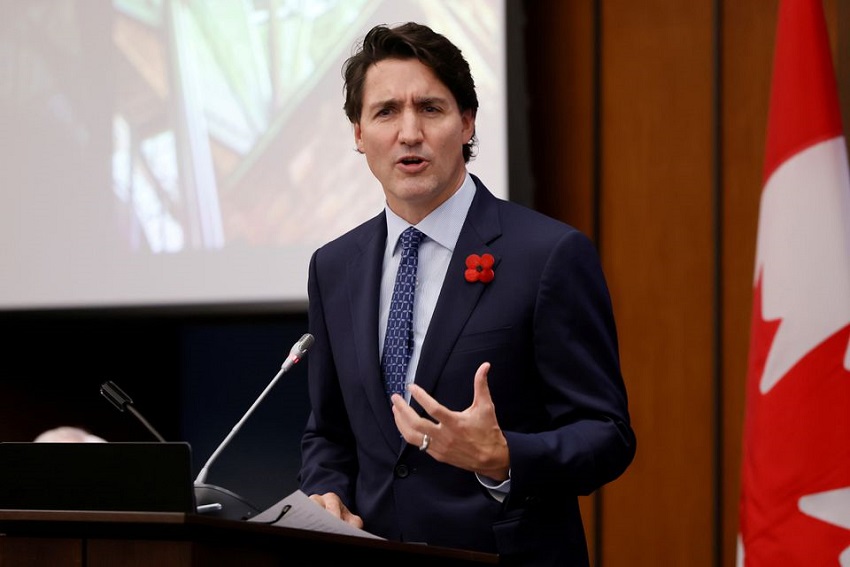 Canada forever barred entry to more than 10,000 Iranian IRGC officers to defend the protesters it was repressing. Photo/REUTERS

OTTAWA – Canada says it will permanently bar entry to more than 10,000 Islamic Revolutionary Guard Corps (IRGC) officers, whom it calls members of the ‘killer’ regime Iran . This announcement was made by Prime Minister (PM) Justin Trudeau.

Ottawa’s decision was claimed as a defense for Iranian protesters who have been subjected to harsh repression by Tehran’s security forces.

Prime Minister Trudeau said he would list Iran under the “strictest provisions” of Canadian immigration and refugee law. “Holding more than 10,000 officers and senior members of the (IRGC) most accountable for this heinous state behavior is unacceptable to Canada,” he said.

“This is the strongest action we should take after [terhadap] States and state entities,” he continued, noting that the previous measures were only applied to a regime for war crimes or genocide.

“Those who are registered will be inadmissible to Canada forever and will not be able to own assets or engage in financial transactions in this country,” he said.

Thousands of Canadians have taken to the streets in recent weeks in solidarity with protests sparked by the death of 22-year-old Mahsa Amini. The Iranian Kurdish woman died three days after being arrested by moral police in Tehran for improperly wearing a headscarf.

At least 92 people have died in Iran since September 16, according to Oslo-based Iran Human Rights, while an official report puts the number at around 60, including 12 members of the security forces.

Just to note, the headscarf was made compulsory for all women who were in Iran after the 1979 revolution.

In recent days, schoolgirls have joined protests by removing their headscarves or shouting anti-government slogans.