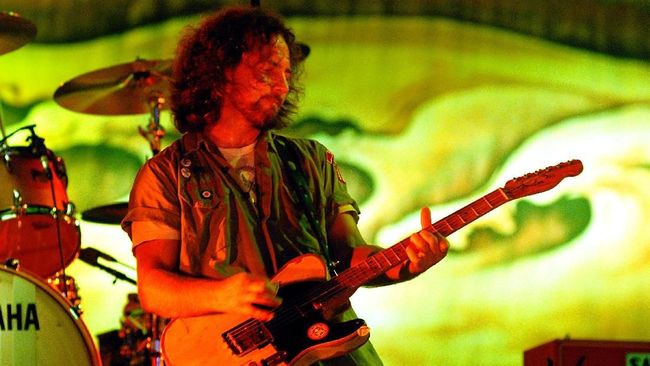 pearl jam canceled a concert in Vienna, Austria, after Eddie Vedder suffered from a sore throat. The singer’s illness is said to be the result of the recent heat wave in various European countries.

The cancellation of the concert was announced in a statement posted via Pearl Jam’s Twitter account shortly before the concert on Wednesday (7/20) local time.

“However, due to the extreme circumstances of the last open stage in Paris (heat, dust and smoke from the fires), our singer Ed Vedder’s throat hurts.”

The rock band later explained that Vedder had undergone a medical examination and was receiving treatment. But so far his vocal cords have not recovered.

Eddie Vedder and other members of Pearl Jam said they really wanted to perform in the city, but the condition of the singer’s throat forced them to cancel his tour of Austria.

In the statement, Pearl Jam apologized and assured that spectators could get their money back at the point of ticket purchase.

“As a band, we are deeply sorry and have been trying to find options to continue playing,” Pearl Jam wrote.

“We are very, very sorry. Tickets will be returned to the point of sale. Thank you for your understanding,” he continued.

The announcement also received mixed responses from fans who had prepared to watch Pearl Jam at the Wiener Stadthalle in Vienna.

Some fans protested and felt aggrieved because the announcement was too sudden. However, it is reported HEYmany also blame the climate crisis as one of the main causes of this disease.

Pearl Jam has already performed at Lollapalooza Paris, France on Sunday (7/17). They appear amid the extreme temperature conditions that have plagued Europe for some time.

Paris is also one of the countries that experienced a heat wave phenomenon that caused forest fires.

Meanwhile, Pearl Jam still leaves a number of cities to visit on this year’s European tour. The rock band will visit Prague on Friday (22/7), then wrap up their European tour in Amsterdam next week.

After that, Pearl Jam is set to embark on a North American tour in September. The concert will begin in Quebec, Canada, on September 1st.

Pearl Jam then continued across North America visiting major cities. Some of them are Ottawa, Toronto, New York, Nashville and end in Denver.