Infuriating China, US and Canada deploy warships in Taiwan Strait 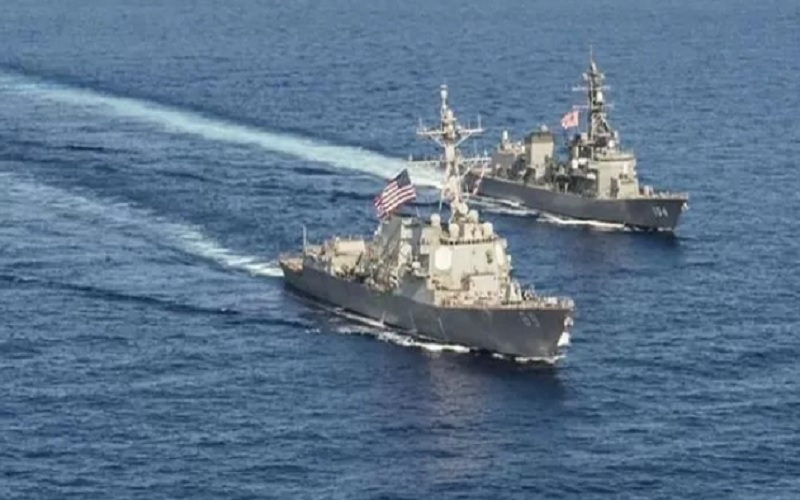 Bisnis.comJAKARTA –Battleship the United States of America (US) and Canada sail through Taiwan Strait following weekend presidential statement Joe Biden that the United States will defend Taiwan if attacked by China.

He added that the American ship made the transit “in conjunction with the Canadian Navy’s Halifax-class frigate, HMCS Vancouver.

He confirmed that the two ships were transiting through a corridor in the strait which is outside the territorial sea of ​​any coastal state.

“The transit demonstrates the commitment of the United States and its allies and partner nations to a free and open Indo-Pacific,” added Lt. Langford.

The transit marks the second time in three weeks that a U.S. Navy warship has made the trip.

The guided-missile cruisers USS Antietam and USS Chancellorsville did so on August 28.

Since U.S. House of Representatives Speaker Nancy Pelosi’s visit to Taiwan in early August, the United States has seen a dramatic increase in the number of Chinese military ships and submarines around Taiwan, it said. a US defense official.

Although the United States called the transit a “routine” activity, the trip came after Biden escalated tensions between Washington and Beijing over Taiwan.

He told CBS’ 60 Minutes that he would use American troops to defend the island if China tried to attack.

The strait is a 110-mile (180 kilometer) stretch of water that separates the Democratic Self-Governing Island of Taiwan from mainland China.

Beijing claims sovereignty over Taiwan, an island of 23 million people although China’s ruling Communist Party has never controlled it.

Beijing also claims sovereignty, sovereign rights and jurisdiction over the waters of the Taiwan Strait under Chinese law and its interpretation of the United Nations Convention on the Law of the Sea (UNCLOS).

The US Navy says most of the strait is in international waters, citing the UNCLOS definition of territorial waters extending 12 nautical miles (22.2 kilometers) from a country’s coastline.

The United States regularly sends warships through the strait and has made dozens of such transits in recent years.