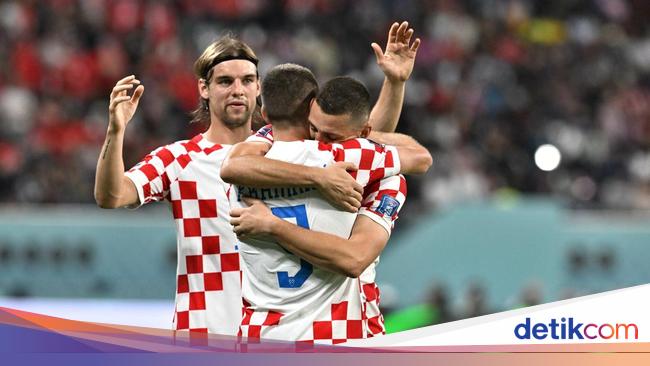 Croatia responded with a brace from Andrej Kramaric and goals from Marko Livaja and Lovro Majer respectively. The duel ended in favor of Vatreni 4-1.

This result took Croatia to the top of Group F with 4 points. Canada are certain to go down after losing both games they have played.

Course of the game

AIM! Canada opened the scoring when the game had lasted just 68 seconds. Alphonso Davies scored the Reds’ first goal at the 2022 World Cup.

Starting the ball from the shell of the Canadian defense to the Croatian back sector, the ball was received by Tajon Buchanan on the right side who returned the ball into the penalty area. Davies sent the ball into the goal. Canada leads 1-0.

Croatia had scored a goal by Andrej Kramaric in the 26th minute. Goals do not count because there was an offside violation before the goal was scored.

AIM! Croatia took the lead in the 44th minute. Marko Livaja’s low ball rolled into the Canadian goal, while giving Vatreni a 2-1 lead in the first half.

Croatia did not relax their attacks entering the second half. Kramaric’s kick in the 54th minute was blocked by Canadian goalkeeper Milan Borjan.

AIM! Kramaric scored a brace in the 70th minute. The 31-year-old striker sent a low ball for the first time which Borjan failed to save.