Liudmila Samsonova defeats Leylah Annie Fernandez at the US Open 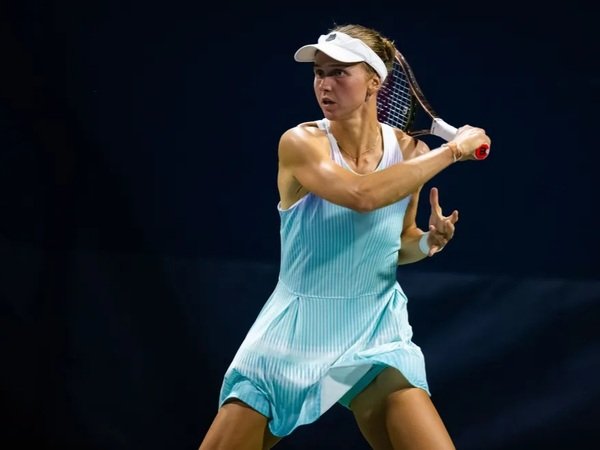 Tennis News: Liudmila Samsonova’s sensational summer continues as she advances to the third round of the 2022 US Open in straight sets.

The 2022 Washington champion defeated 14th seed Leylah Annie Fernandez 6-3, 7-6 in the second round of the US Open.

The 23-year-old has now won 12 straight. Only a few spots left to become the No. 35 seed in the world, he is currently in excellent form and he hasn’t slowed down in the Grand Slam mood.

Earlier this month, he won the second title of his career in Washington. After a two-week hiatus, he continued where he left off in Washington by capturing another title in Cleveland. He has won the last seven, including a win over 2021 US Open runner-up Annie Fernandez in straight sets.

Although he had seven wins over a top-20 player before arriving in New York, he has never beaten a top-20 player in a Grand Slam. That all changed with a victory over world number 14 Annie Fernandez, who fought for 1 hour 45 minutes. Now that he’s beaten one of the top 20 players, he can go into any game with confidence.

“For the first time I’ve played on such a big court here at the US Open, it’s amazing,” Samsonova said.

“Against Leylah it was very fierce this time. I thought my serve was amazing so that was key for me in this match.”

Canadian tennis player Annie Fernandez nearly recaptured the magic that led her to the biggest final of her career last season in New York. The 19-year-old placed the ball with precision and shot impressively at key moments. He even managed to get 11 of the 13 break point chances he faced.

However, the championship game in Cleveland this season was full of strength. He served so well that he didn’t face a break point. Her impressive comeback forced Annie Fernandez to six double faults.

“I like the way I play, the level I’m playing right now. That’s what I’m trying to follow,” Samsonova said.

If Samsonova and Serena Williams win their respective third-round matches, they will meet in the fourth round.

In other action, 18th seed Veronika Kudermetova looked strong as she beat Belgium’s Maryna Zanevska 6-2, 6-3. She booked the third round against Hungary’s Dalma Galfi, who silenced England’s Harriet Dart 6-4, 6-0.