Moroccans celebrate the success of their team 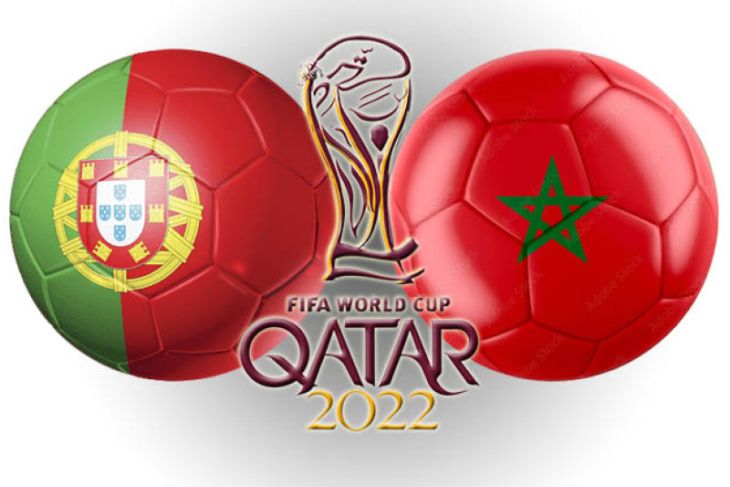 Jakarta (ANTARA) – Moroccans gathered in Casablanca and a number of other locations on Saturday night to celebrate their national football team’s historic success at the World Cup.

There were also celebrations across the Arab world and Europe after Morocco beat Portugal 1-0 in Qatar to become the first African or Arab team to reach the semi-finals of a World Cup.

“What a team, what endurance, what an achievement,” Ilham El Idrissi, a 34-year-old from Casablanca, told AFP.

He is not the only one to praise the team dubbed the Atlas Lions who will face defending champions France for a place in the Qatar 2022 World Cup final.

“I thought I was dreaming. Pinch me! What a great honor. I thank them from the bottom of my heart,” said Mouad Khairat, 29, a call center executive.

“The Moroccan team has achieved the impossible. We want the cup now.”

Collective celebrations at the final whistle of the match have become a custom throughout the kingdom.

Morocco dominated the group stage, beating Canada and Belgium, then eliminated Spain on penalties in the round of 16 before beating Portugal.

“Nothing is impossible in football, it’s the magic of this sport,” former Moroccan international Abderrazak Khairi told AFP.

Khairi scored twice in a shock 3-1 win over equal opponents Portugal at the 1986 World Cup in Mexico, when Morocco became the first African nation to reach the knockout stages.

No African or Arab country has gone beyond the quarter-finals. Cameroon in 1990, Senegal in 2002 and Ghana in 2010 narrowly reached the last four of the most prestigious tournament.

“The Moroccan team has achieved the impossible. We want the cup now,” said 24-year-old Ali Gyme.

In Casablanca, the “temple” of Moroccan football, people in national team jerseys and red flags with green stars are seen everywhere in shop windows, stalls and markets.

A giant mural showing Chelsea striker Hakim Ziyech and manager Walid Reragui, who has been compared to a national hero.

Reragui took charge of the team less than three months before the start of the competition following the dismissal of Vahid Halilhodzic.

Beyond the borders of the kingdom, the success of the Moroccan team is also hailed on the African continent and the Arab world.

After the victory over Spain, the Al Jazeera television channel called a “wave of euphoria” across the Arab world.

“Cheers were heard from Tunis, Beirut, Baghdad, Ramallah and other cities as Arabs gathered to rejoice in the unexpected victory over Spain – in stark contrast to the political differences that have long divided the countries Arabs,” the Qatar TV website said.

On Saturday in East Jerusalem, Ramallah and Gaza, Palestinians celebrated with fireworks, cheers and horns.

In the streets of Morocco, football fans waved Palestinian flags alongside their own.

In Paris, Moroccan fans flocked to the Champs Elysées, where France celebrated their World Cup victory, and exploded with joy at the final whistle.

“It’s a great pride for all Arab countries, for all of Africa,” said Maamar, 27, who carried a Moroccan flag but said he was of Algerian descent.

“Anyway, we’ve been in the top four teams in the world.”

Dounia, 23, of French-Moroccan descent, said qualifying for the semi-finals was “great”.

“Today is also my birthday, I couldn’t find a better present.”

Waving Moroccan, Algerian, Syrian and Palestinian flags and chanting in Arabic, jubilant football fans mingled with tourists who crowded the iconic streets of the French capital on a cold winter night.

Fans also gathered in Brussels, where 18 people were arrested in an incident after Morocco beat Canada in the group stage.

This news was published on Antaranews.com with the title: Moroccans in various places celebrate the success of his team