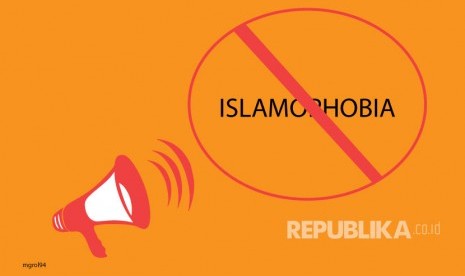 Hate crimes against the Muslim community in Canada will increase by 71% in 2021.

REPUBLIKA.CO.ID, TORONTO — Group Canadian Muslims expressed concern about the attack on an imam who was allegedly assaulted during his morning prayers in Toronto. An intruder entered the mosque and disrupted the Fajr prayer by attacking the imam.

As he was about to attack the imam, two worshipers quickly arrested the intruder and called 911. The local Muslim community condemned the attack and called on the police to open an investigation immediately.

“Our hearts are deeply troubled and we know that many in our community are deeply concerned after the incidents that occurred this morning,” an official statement from the local Muslim community said. Middle EastEyeWednesday (14/12/2022).

Toronto police are currently investigating the matter and have not charged the individual. The police say in Twitter that they fully investigate all potential hate crimes and if charges are filed, they will provide an update on the case.

The mosque’s imam, Yusuf Badat and many other worshipers were traumatized and worried after the incident. “I pray that no individual or community will have to experience the horrific events that the congregation and I experienced this morning,” he said.

The National Council of Canadian Muslims and the Council of Canadian Imams (CCI) have also expressed concern over the incident. “The courage of the congregation to prevent the spread of this grave incident is truly extraordinary and CCI strongly encourages all pilgrims to continue to increase their vigilance,” CCI said in a statement.

Experts in Canada have previously said that Canada has displayed decades of anti-Muslim rhetoric from politicians and the media. Offensive Islamophobia and anti-Muslims have also increased in recent years, including the 2017 mass shooting at a Quebec mosque in which a white Canadian shot and killed six people.

A report released last August by Statistics Canada found that hate crimes against Muslim communities across the country increased by 71% in 2021.

The government study found that the number of recorded attacks against Muslims rose from 84 incidents in 2020 to 144 in 2021. The surge in attacks follows a decrease from the previous year, as in 2019, 182 Total incidents were reported targeting Muslims.

A recent study from October 2022 tracked networks peddling Islamophobia across Canada for the past four years. The 240-page report describes an ecosystem made up of media outlets, Islamophobic influencers, white nationalist groups, fringe right-wing pro-Israel groups, security experts, think tanks and donors who fund their campaigns.