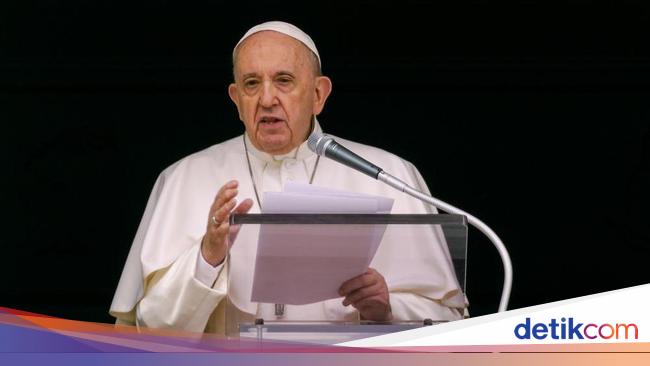 Pope Francis apologize to the natives Canada on the role Catholic Church in schools where Indigenous children were abused and abused. The pope called their forced cultural assimilation a “despicable crime” and a “catastrophic error”.

News agency report ReutersOn Tuesday (7/26/2022), speaking near the site of two former schools in Maskwacis, Alberta, Pope Francis apologized for Christian support for the “colonial mentality” of the time and called for a “serious” investigation into schools to assist in the recovery of survivors and their descendants.

“With shame and without hesitation, I humbly ask forgiveness for the crimes committed by so many Christians against indigenous peoples,” he said. Pope Franciswho comes and goes in a wheelchair because of a broken knee.

The address to First Nations, Métis and Inuit Indigenous Peoples on Monday (7/25) local time was the first apology on the ground. Canada by the pope, as part of a tour aimed at healing the deep wounds that surfaced after the discovery of unmarked graves at boarding schools last year.

The 85-year-old pope had promised such a tour to an indigenous delegation that visited him earlier this year at the Vatican, where he made his first apology.

“I am here because the first step in my pilgrimage among you is to apologize again, to say once again that I am truly sorry,” he said. Pope Francis.

“Sorry for the way in which, unfortunately, many Christians support the colonial mentality of the forces that oppress indigenous peoples. I apologize,” he said. “Faced with this grave crime, the Church kneels before God and asks forgiveness for the sins of his children,” the Pope added.