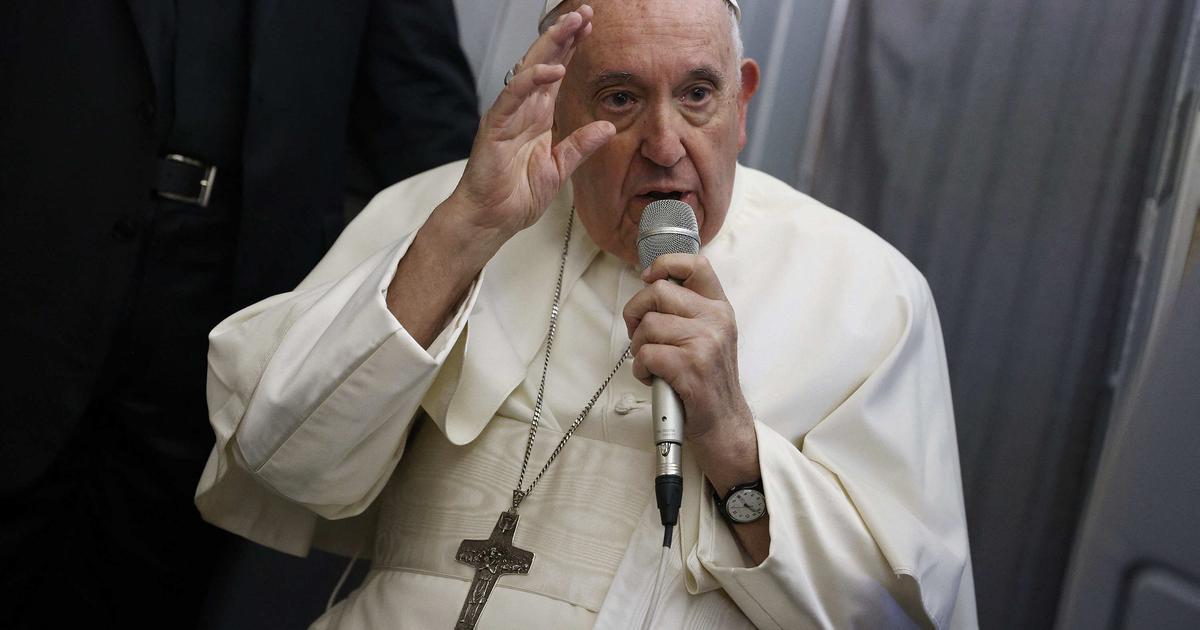 Pope Francis answered questions from the 76 journalists who accompanied him during a press conference held on board at the end of his trip to Canada. Here is the gist of his speech.

At 85, Pope Francis landed in Rome on Saturday after a six-day night flight of an intense visit to Canada. His 37th trip outside Italy centers on the memory of the natives whom he met on several occasions, whom he defended and whose forgiveness he asked on behalf of the Catholic Church.

During the press conference held at the end of his return flight to Canada, the pope answered the many questions posed by the journalists who followed his journey. Here is the gist of his speech.

Health: “I must save myself or think of the possibility of retreating»

“ I don’t think I can follow the same ticket as before. I think that at my age and with these limitations (saving the knee problem that forced the pope to use a wheelchair), I had to put a little aside to be able to serve the Church or, on the contrary, to think about the possibility of a retirement. It’s honest: it’s not a disaster, we can change the Pope, it’s not a problem. But I think I should…

This article is for subscribers only. You have 92% left to find.