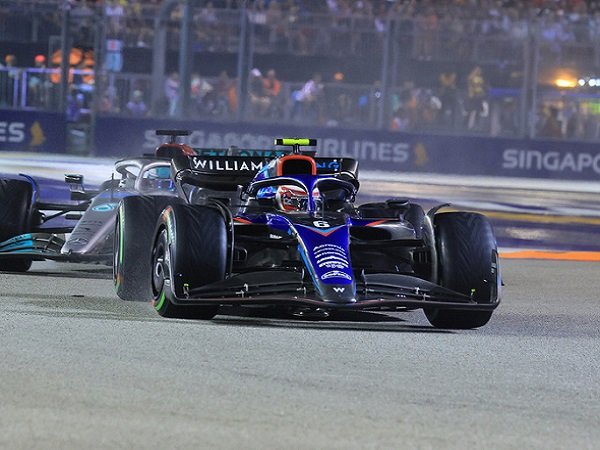 F1 News: Nicholas Latifi is handed a five-place grid penalty for the Japanese GP after being found guilty of hitting Guanyu Zhou at Marina Bay Street.

Nicholas Latifi will drop five positions from his qualifying results in the next series, the Japanese GP. This is because he was found guilty of an accident with Guanyu Zhou at the Singapore Grand Prix.

At this time, the two were vying for a better position in the back row. They then got into a collision which caused Zhou to retire from the race.

Meanwhile, Latifi took his car to the pits after Williams found a technical malfunction. The Canadian rider did not finish either.

The replay shows Zhou trying to pull away from Latifi and performing a turn 5 maneuver on lap 7. But his rival’s FW44 land jet moved to round the bend, so a collision was inevitable.

After reviewing the footage, stewards decided Nicholas Latifi was the culprit. The penalty imposed was a loss of five grid places at Suzuka and two penalty points.

“Zhou is trying to pass Latifi on the straight ahead of Turn 5 and has enough space and takes the normal racing line,” the stewards said in a statement.

“Latifi then steered the car to the left, narrowing the space for Zhou, which resulted in the two cars colliding.”

This grid penalty, of course, is a blow for Latifi, especially until the 2022 F1 Round 17 in Singapore, he scored zero points.