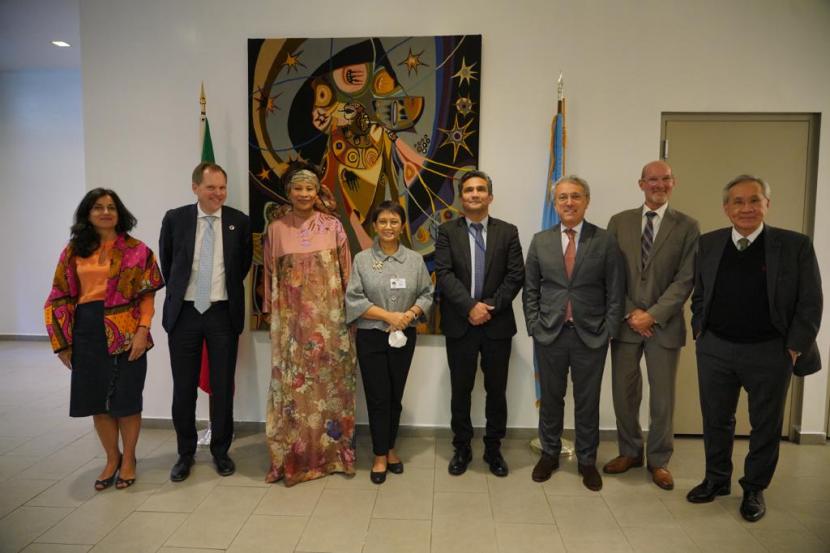 This prize was obtained for Indonesia’s leadership within the G20.


“President Joko Widodo is the embodiment of the spirit that Indonesia wants to project to the world, namely the paradigm of collaboration, building bridges (bridge builder) and be part of the solution,” Retno said while receiving the award directly in New York.


Present in the video message, President Jokowi expressed his gratitude. “I dedicate this award to all the people of Indonesia,” the president said in the video.


This prize was obtained for Indonesia’s leadership within the G20. Additionally, Jokowi is also seen in efforts to reduce the impact of war in Ukraine and broad support to advance the realization of human rights, democracy and a better global health architecture.


According to him, Indonesia’s presidency of the G20 came at a time when the world was facing multidimensional challenges. Because he needs a leader who has extraordinary abilities, a leader who wants the trust of all parties, Jokowi is not only a leader of the Indonesian people, but a leader who has a global vision, promoting world peace and prosperity.


The Global Citizen Award is an annual event organized by the Atlantic Council on the sidelines of the United Nations General Assembly in New York. Awards are given to personalities considered to have made a real contribution to the world.


Besides the President of the Republic of Indonesia, the Global Citizen Award 2022 was also awarded to Finnish President Sauli Niinistö, Swedish Prime Minister Magdalena Andersson, Google and Alphabet CEO Sundar Pichai, as well as actor and UNESCO Special Envoy for Peace and Reconciliation. Whitaker Forest.