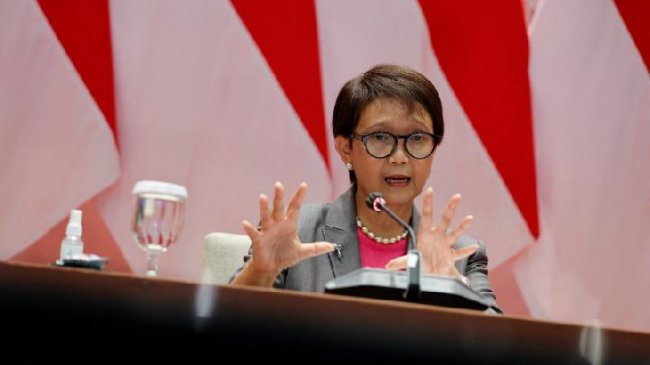 TEMPO.CO, Jakarta – World Top 3 Yesterday, Foreign Minister Retno Marsudi started talking about the difficulty of reaching the leader’s statement at the G20 summit. This release was finally reached amid tensions between the West and Russia over the invasion of Ukraine.

The second top 3 in world news is French President Emmanuel Macron who believes that cooperation between China and Russia will change. The prediction came after Beijing joined in condemning the Russian invasion of Ukraine. The latest news concerns President Xi Jinping’s anger at Canadian Prime Minister Justin Trudeau, which was caught on camera. Here’s more:

Indonesian Foreign Minister Retno Marsudi revealed the difficult negotiations to arrive at the leaders’ declaration or the communiqué of the G20 summit. This statement was reached amid tensions between the West and Russia due to the invasion of Ukraine.

“If the Ukrainian issue is difficult, it does not mean that the other paragraphs are easy,” Retno said after the declaration of the G20 summit in Bali, Wednesday, November 18, 2022.

Retno said the negotiations to reach a declaration that everyone agreed on were very long. The last round of negotiations took place from November 10 to 14, 2022.

As analysts had predicted, the issue of Ukraine dominated the G20 summit. Ukrainian President Volodymyr Zelensky, who delivered a virtual speech during the first session of the G20 summit on Tuesday, November 15, 2022, called on the G20 forum to help stop the Russian invasion.

2. After the G20 summit, Macron considers that cooperation between Russia and China has limits

French President Emmanuel Macron assessed cooperation between China and Russia That will change after Beijing co-endorsed a G20 summit agreement to condemn Moscow’s invasion of Ukraine.

Macron believes that there are at least two reasons limiting relations between Russia and China. The first concerns the use of nuclear weapons, the second concerns respect for the territory of the region, as set out in the UN charter.

“I believe based on the Chinese president’s latest statement, and I know it is sincere,” Macron said during a press conference on the final day of the G20 summit in Bali, Wednesday, November 16, 2022. .

The French president met his Chinese counterpart Xi Jinping on Tuesday, November 15, 2022, on the sidelines of the G20 summit. According to Macron, it is very important that Paris and Beijing work together to overcome the impact of the Russian invasion of Ukraine.

Russia and China previously declared a borderless partnership in early 2022, some time before President Vladimir Putin announced he was invading Ukraine.

At the G20 summit, China and India reportedly criticized Russia’s invasion of Ukraine in talks that eventually culminated in a leaders’ statement or communiqué from the G20 summit in Bali.

chinese leader Xi Jinping caught berating Canadian Prime Minister Justin Trudeau on the sidelines of the G20 summit in Indonesia. The incident was captured by a Canadian broadcaster in a rare moment of honesty on Wednesday, November 16, 2022. It filmed the scene where Xi Jinping was angry with the Canadian Prime Minister. The recorder describes the scene as a leaky discussion.

On the sidelines of the G20 summit in Indonesia, Xi Jinping chatted with Justin Trudeau in Mandarin while smiling. But the English translation, what Xi Jinping said is a bit hostile.

“Everything we discussed was leaked in the newspapers and it’s inappropriate,” said Xi Jinping’s interpreter.

Trudeau nodded and Xi Jinping spoke again. “And that’s not the topic of the conversation,” the interpreter said.

“If there is sincerity on your part, then we will conduct our discussions with mutual respect, otherwise there may be unpredictable consequences,” Xi Jinping told the Canadian leader in Mandarin.

Xi Jinping’s translator attempted to translate what was said, only arriving at “If there is any sincerity on your part”, before being interrupted by Trudeau.

“In Canada, we believe in free, open and honest dialogue,” said Justin Trudeau. He added: “We will continue to work together constructively, but there will be things we will not agree on.”

Look: Zelensky insists on not admitting that Ukrainian missiles attack Poland and asks his allies for an investigation