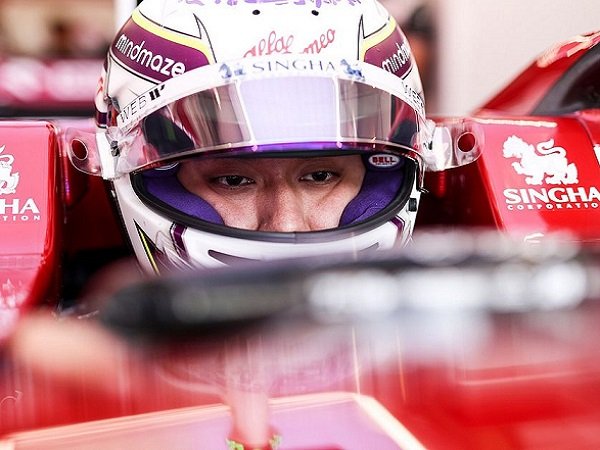 F1 News: Guanyu Zhou is happy he was able to get back into the points zone by finishing P10 at the Italian GP after he last did it in Montreal last June.

Guanyu Zhou appeared strong as he claimed 10th place in his inaugural race in the premier class, the Bahrain GP. Even though the pilot didn’t finish three times, his performance still won praise from the audience.

When he came down at the Canadian GP he was able to finish eighth. But then the youngster from China had to wait for the Italian GP series to return points to Alfa Romeo.

Starting from ninth place, Zhou had lost his position after being overtaken by Carlos Sainz on the 8th lap. After making his first pit stop, he was involved in a battle with Nyck de Vries until he finally managed to finish in P10.

“It’s been a long time for me and also for the team because it’s been a lot of ups and downs. The first half of the season we had a lot of failures to finish and the second part we didn’t. We weren’t competitive enough to score points.”

“So it’s a great result in the home race for Alfa Romeo. Very happy and proud of the work we were able to do in the short term to get him from Zandvoort to here.”

At the end of September, Guanyu Zhou will lead the way to the Singapore GP, followed by a round of the Japanese GP. The location of the race, close to his country of origin, should increase his motivation to obtain better results.

Valtteri Bottas’ team-mate said it was important for Alfa Romeo to understand what work needs to be done immediately after performing brilliantly at the Monza circuit. Because the remaining streak this season has the potential to complicate the team’s tempo.

“I mean, you know, we have to analyze what went wrong (at Zandvoort) and what was good this weekend (Monza), and try to prepare for the next double date, at namely Singapore and Japan,” Zhou said.

“I’m really looking forward to those two races, a bit closer to home, so I’ll have a lot of support there. I’m excited for what’s to come. But again, it’s going to be a very difficult end to the end.”