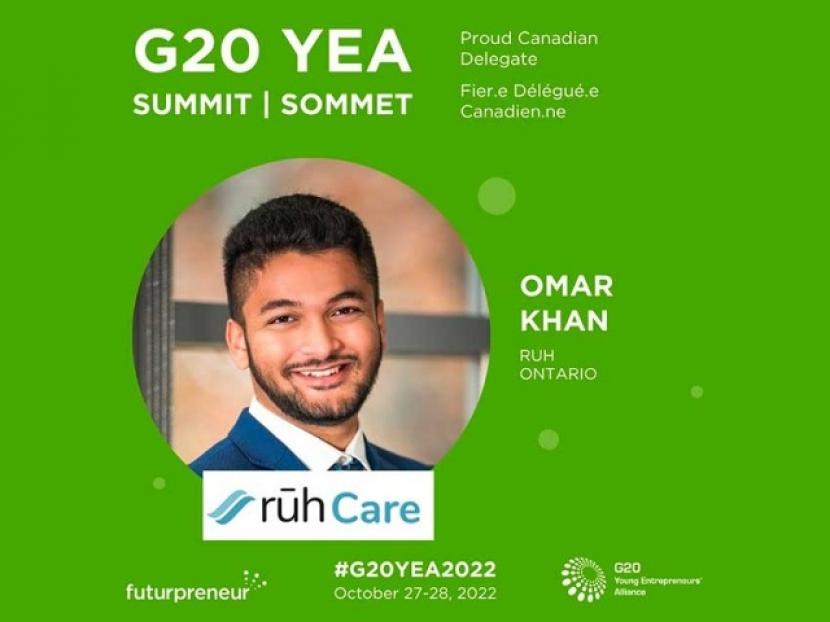 Reported on About IslamOn Thursday (11/17/2022), an app that integrates psychology with Islam won second prize in the Social Entrepreneurship Pitch Competition at the G20 Young Entrepreneur Alliance Summit in Germany.

The app’s creator, Omar Khan, says the app is designed for the half-billion people in the global Muslim community who experience mental health issues.

Khan was part of the Canadian delegation to the G20 Young Entrepreneurs Alliance Summit and showcased his team’s creation.

For the award given, Omar expressed his deepest gratitude to the leaders and his teammates who worked hard to help secure this award.

“I learned a lot from the 250 delegates from all G20 countries and was able to highlight the need to design diverse and inclusive solutions, including for mental health,” Omar said.

According to the World Health Organization (WHO), depressive disorders are the fourth leading cause of poor health and disability in adults worldwide.

Around the world, many Muslims are reluctant to consult mental health professionals because of the stigma attached to mental illness or because they fear that Western-trained therapists do not understand their culture or religion.

Earlier in 2016, a group of mental health workers and Muslim community advocates in Ottawa organized a conference to help those suffering in silence.