Pope arrives in Canada to apologize to Indigenous peoples 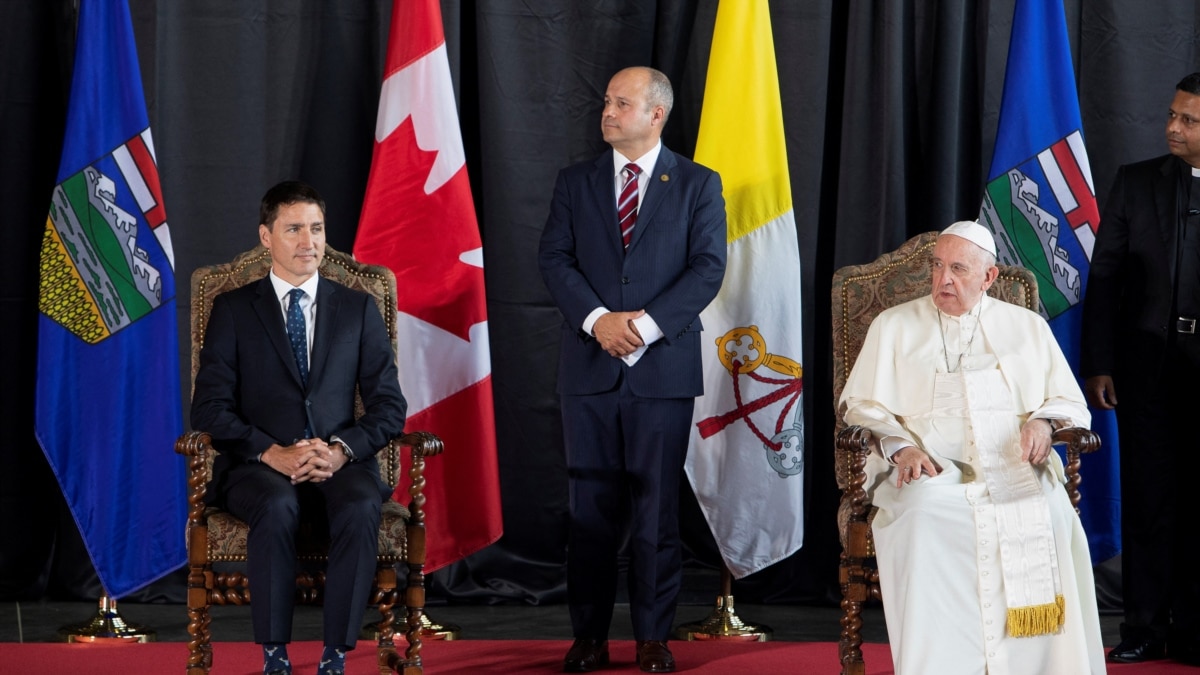 Pope Francis arrived in Canada on Sunday (24/7) where he will personally apologize to Indigenous peoples who have survived decades of abuse in Church-run schools and dormitories Catholic.

The pope, who is the leader of the world’s 1.3 billion Catholics, landed at Edmonton International Airport just after 11 a.m. local time.

He was greeted by Canadian Prime Minister Justin Trudeau and Mary Simon, the country’s first Indigenous people to serve as Governor General. The pope was also welcomed by indigenous tribal leaders in a ceremony at the airport accompanied by drumming and singing.

Afterwards, the pope receives gifts from the tribal leaders, shakes or kisses their hands, and has a conversation with them before the short ceremony ends.

On the 10-hour flight from Rome, the pope told reporters traveling with him that “we have to realize that this is a trip (to convey) regrets.”

The main purpose of the pope’s trip to Canada is to offer survivors an apology for the Catholic Church’s role in a scandal that the National Truth and Reconciliation Commission has called a “cultural genocide.”

From the late 1800s to the 1900s, the Canadian government sent approximately 150,000 First Nations, Métis, and Inuit children to 139 Catholic Church-run residential schools, where they were separated from their families, language, and their culture. Many have been physically and sexually assaulted by teachers and school principals.

Thousands of children are said to have died of disease, malnutrition or neglect. Since May 2021, more than 1,300 graves without headstones have been discovered at various sites of former schools.

A delegation of Canadian indigenous people visited the Vatican in April and met with Pope Francis, who is behind the plans for the current six-day visit. After the meeting, the pope formally apologized. [em/vm/pp]