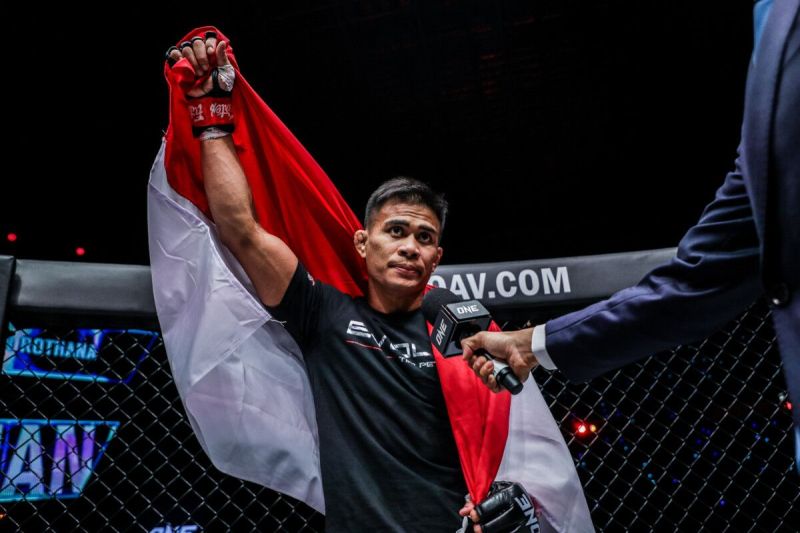 Jakarta (ANTARA) – Indonesian fighter Eko Roni Saputra admits he is looking forward to getting back to competing in the ONE Championship after being declared cured of an injury he suffered in a previous MMA free fight.

Eko Roni broke his finger beating Chan Rothana during lockdown rear bare choke during the first round match which took place at the Singapore Indoor Stadium, Singapore on March 11. Injury management is also covered by ONE Championship.

Following his recovery, the East Kalimantan fighter, in a statement received in Jakarta on Sunday, immediately targeted a top five ranked fighter in the flyweight division who could bring him one step closer to becoming a world champion.

The former national judo athlete also got extra motivation to spread his wings after ONE Championship teamed up with Amazon Prime Video so his fights could be shown in prime time in the US and Canada.

“I see that after ONE’s partnership with Prime Video, it’s a great opportunity. Not only known in Asia but also in the world. It’s an amazing achievement and I also want to be able to perform in one of the Prime Video events,” said Eko Roni.

“A lot of people ask me when I have a game, it’s just that if I play again it’s going to blow up again, especially if the next opponent is in the top five. Definitely solid,” he added.

Before the match, Eko Roni, who is currently recording six straight wins, explained that ONE Championship really cares about the safety of its athletes through various medical tests implemented before the match.

One of them is a hydration test to ensure that competing athletes are not dehydrated in their bodies. It is this groundbreaking test that sets ONE Championship apart from other combat sports promoters.

“For me, the hydration test is very important because it knows the fluid content of our body. Until now, when I played in the national or international arena, never [ada tes] hydration, and this hydration content greatly affects the Powerful and can prevent cramps,” says Eko Roni.

Hydration testing is crucial to keep athletes safe, especially to avoid extreme weight loss. This often happens to combat athletes because they have to reach a certain weight that has been determined.

Reducing the fluid content in the body by not consuming a lot of water is indeed a frequently occurring way to reduce body weight in a short time. However, this is definitely a high risk, especially in sports that are full of physical contact.