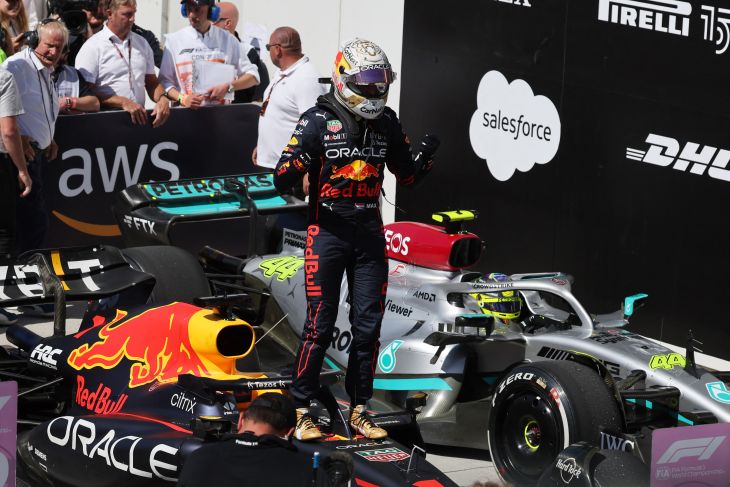 Jakarta (ANTARA) – Red Bull’s Max Verstappen held off Ferrari’s Carlos Sainz’s onslaught to win the Canadian Grand Prix on Sunday and celebrate the 150th race of his career with a 46-point lead at the top of the standings.

The Dutchman claimed his 26th career victory after finishing 0.9 seconds ahead of a frustrated Ferrari’s Carlos Sainz.

Sainz closed his distance from Verstappen through the safety car, but couldn’t find enough space to pass his former Toro Rosso team-mate.

Sainz picked up an extra point for the fastest lap but the wait for his maiden F1 win continued.

“It was great at the end. I gave it my all and of course Carlos did the same,” Verstappen said after claiming his sixth win of the season, as quoted by Reuters.

“I can see him pushing and attacking, but when you use DRS to attack it’s a lot easier. The last few laps were really fun.”

The win was also the sixth in a row for Red Bull this season.

Sainz said he was trying everything he could to win at the circuit named after the late Ferrari great Gilles Villeneuve in Montreal.

“We were very, very close to winning today. I’ll take the good side and keep trying in the next races,” said Sainz.

Seven-time world champion Lewis Hamilton completed the P3 podium for Mercedes. A surprising result for the Briton who a few days earlier described his car as difficult to drive due to twists and turns on the Montreal track.

Fellow Mercedes driver George Russell also reaped positive results finishing P4, maintaining the trend of finishing in the top five he has done since the start of the season.

Verstappen’s teammate Sergio Perez unfortunately had to finish the race on lap eight due to engine and gearbox issues.

The Mexican rider remains in second place in the standings with 129 points.

Ferrari’s Charles Leclerc, who started the race from 19th place due to a powertrain penalty, finished the day in 5th place and is now 49 points behind Verstappen.

Esteban Ocon and Fernando Alonso secured 6th and 7th places for the Alpine team, ahead of the Alfa Romeo duo; Valtteri Bottas and rookie Zhou Guanyu.