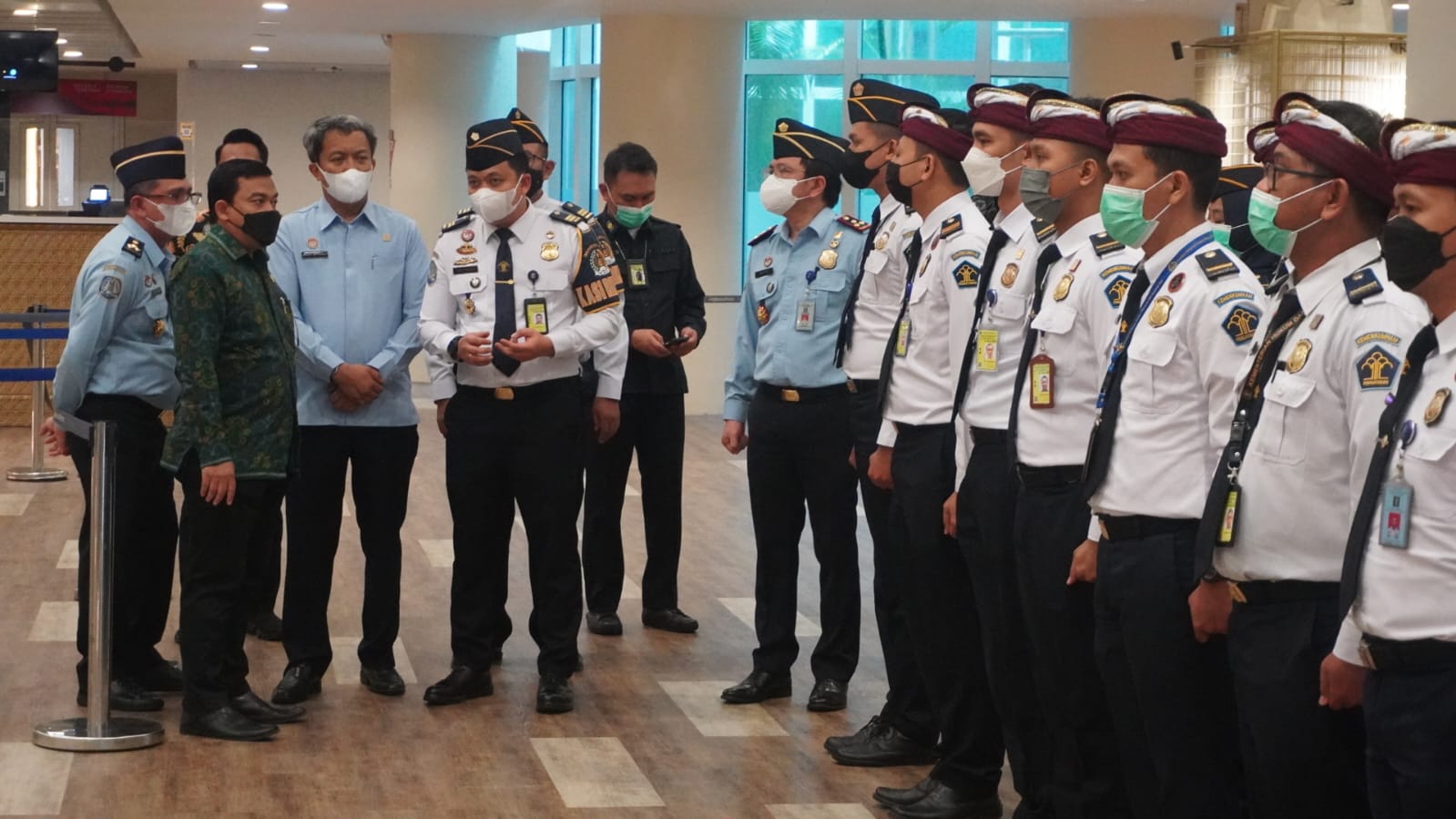 I Gusti Ngurah Rai Airport is the main gateway to the island of Bali, so it plays an important role in supporting the implementation of the G20 summit. Indonesia officially holds the Chairmanship of the Group of Twenty (G20) for a full year, from December 1, 2021 until the G20 Summit in November 2022. The G20 Forum is made up of 20 countries, namely the United United, Argentina, Brazil, Australia, Canada, Mexico, Turkey, Indonesia, South Korea, Japan, China, Germany, United Kingdom, India, Saudi Arabia, South Africa, Italy, France, Russia, European Union and other countries invite.

Director General of Immigration, Prof. Dr. Widodo and his team reviewed the process of the arrival of the delegation at the international terminal. Upon arrival in Bali, the delegation will undergo a medical screening by the Port Health Office (KKP). After inspection by the KKP, the delegation continued to proceed to the special Visa on Arrival (VOA) counter of BRI Bank to purchase VOA stickers. After making the purchase and receiving a receipt, the delegation then proceeds to the immigration control counter. In this case, the special Class I immigration office TPI Ngurah Rai has provided a special VIP immigration check desk for G20 summit delegates. Of the 16 immigration document control counters, there are 3 special counters for the G20 delegation, of which 1 counter has 4 officers. While the other 13 counters are for regular passengers where 1 counter is filled by 2 agents.

On this occasion, the Director General of Immigration, Prof. Widodo Ekatjahjana also had the opportunity to lead the meeting of ICT officers. Leading the apple, Prof. Widodo hopes that all of its staff can work well and properly.

“All officers must be ready with the Immigration services to support and succeed in the establishment of the G20 Presidency”, declared Prof. Dr. Widodo.

After passing through the immigration control area, the delegation will be directed to a special lounge while awaiting the baggage claim process. “Overall, the immigration officers and checkpoints at I Gusti Ngurah Rai Airport are very ready to welcome the arrival of the G20 delegation,” the professor concluded. Dr.Widodo.